When it comes to personalising your Hospitality Uniform don’t let the grass grow under your feet.

Organised by the Anglesey Tourism Association (ATA) the 2013 Anglesey Tourism Awards were held on Friday 25 January and the achievements of the top-performing tourism businesses were celebrated in style with 17 businesses scooping a prestigious Award; romping home with both the “Best Bistro” and “Best café awards for the year was The Marram Grass Café in Newborough. 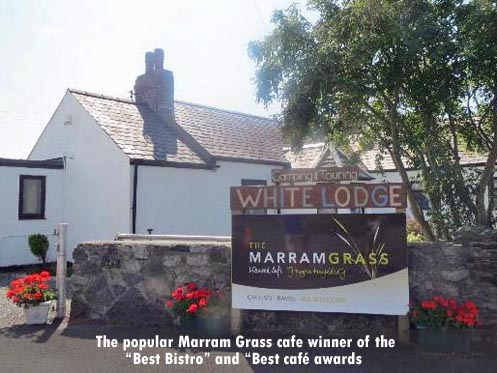 Run and operated by brothers Liam & Ellis Barrie, this cosy little oasis on the isle of Anglesey, is quickly carving a high reputation amongst travellers and locals, for providing the best quality in both food and service.

The brothers pride themselves on their reputation and their appearance, and naturally this includes the dress code of the staff.

Wray Bros were asked to create something original for The Marram Grass, which incorporated the values of the business, of vibrancy and quality. Wray Bros went to work to produce a contemporary design for their hospitality uniforms, such as staff aprons. 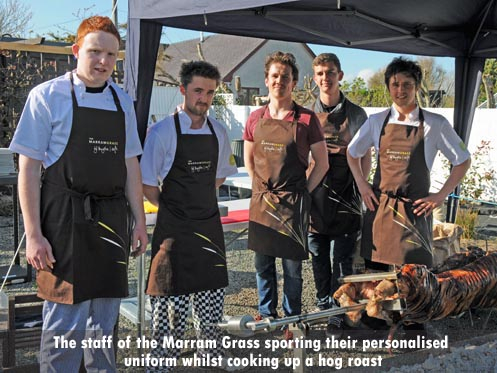 The result was a Brown full length apron with the cafés insignia in a prominent position with large Marram Grass emblems running the length of the garment.  The end result was quite striking and like everything else in The Marram Grass has been well received.

If you want to see the garments at first hand why not visit The Marram Grass yourself, where you can not only enjoy good food in an award winning setting, but admire the creativity of Wray Bros in-house print and embroidery service.